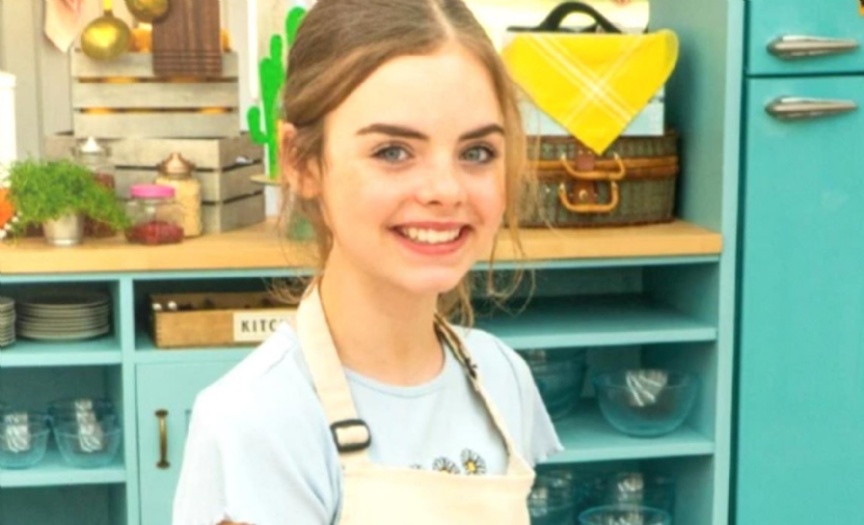 Erin Trueman in Y9 has starred this week on Junior Bake Off on Channel 4!

She has had a terrific week, gaining Star Baker on Wednesday with her Loch Ness sweet bread creation.  We caught up with Erin during the week to find out more about her experience on the programme.

How did you get onto the programme?

ET:  I applied in February 2020 when I was in Y8; I’ve always watched it on the TV and really liked the show so I applied to go onto it.

What was the process like to get onto the show – did you have to show lots of cakes to everyone.

ET:  I can’t say very much about the process unfortunately but pre-COVID, it is X-factor style queuing with a showstopper cake, followed by auditions.  This year Zoom featured quite heavily and it involved a lot of baking.  Thousands applied so all in all it took about 5 months until I entered the tent in August.  In the show, there are 2 heats, 8 in each.

Did you have to keep it secret?

ET:  Yes!  There was a lot of confidentiality about the programme.  My Mum told Mr O’Connor so that he was aware and so was Mrs Wray but other than that we weren’t allowed to tell anyone, including anyone outside the family.  At times, it was difficult to keep it quiet!

When was it filmed?

ET:  It was filmed in August last year – it was really hot in the tent which caused some problems with the mixing of the ingredients. 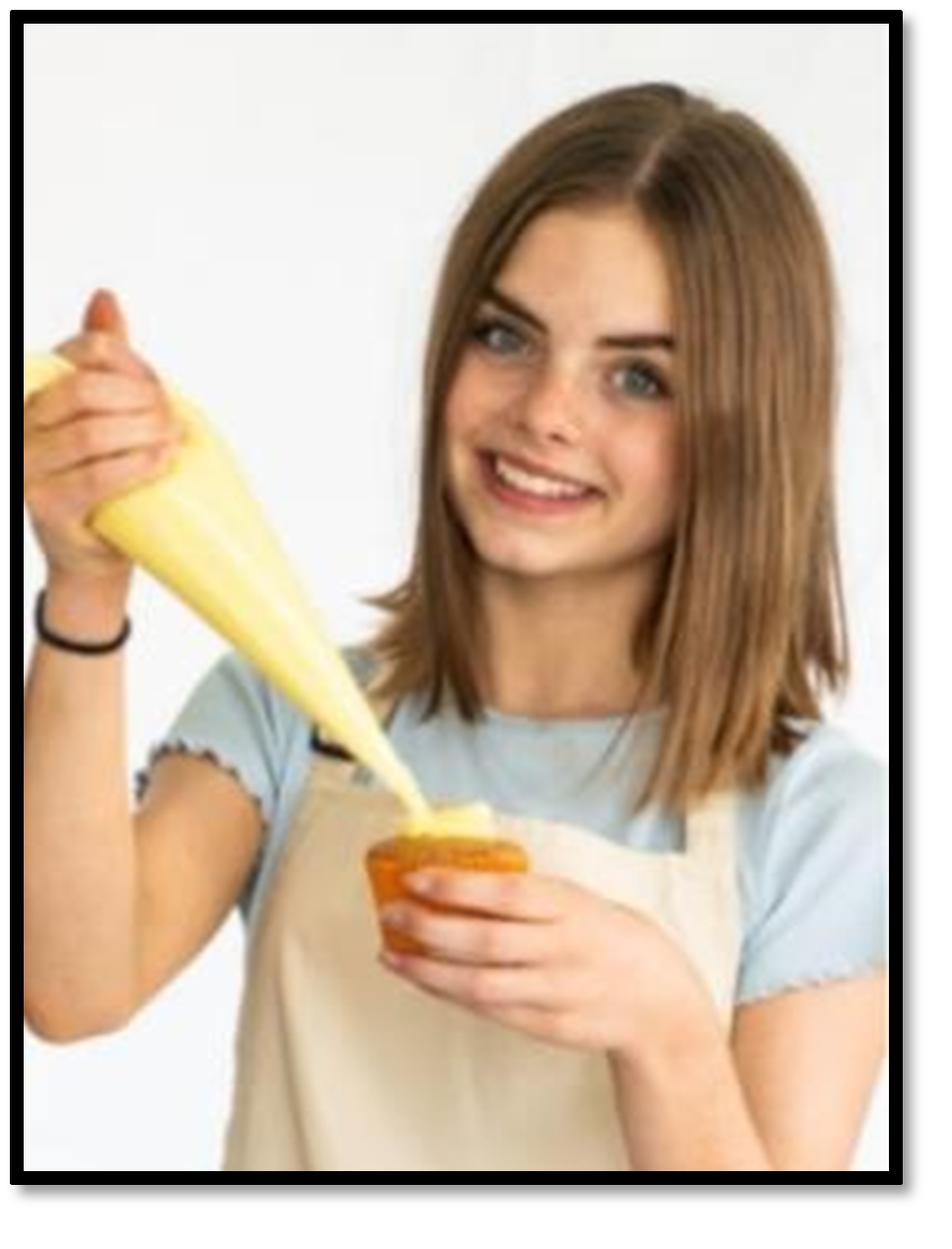 Did you have to self-isolate with all the other children bakers before you started filming?

ET:  When we got to the site, we were in our own little Covid bubble; we were tested many times. We stayed in a house with everyone else, they fed us really well and looked after us.

Did your family stay with you on site?  Where were you? ET:  Just my mum.  It was filmed at Cobham Hall in Kent.

ET:  We started at about 8.30-9AM each morning and finished at 5PM. It was very tiring and we were baking constantly.

What did you do in between the filming and in the evenings?

ET:  I made really good friends with the other contestants so we went for walks, had movie nights and went over what we were cooking the following day.  We had to give the producers the list of ingredients that we needed.  They also showed us how to use all the equipment in the tent too.

Did you get to spend time with the judges?

ET: Not really, they stayed in another hotel so we didn’t spend that much time with them.

How many camera and crew were there in the tent with you?

ET:  There were loads! Producers, camera crew, people who guided us around and looked after us so it was quite busy in there.   Sometimes, I had to ask them to leave me alone as it was quite stressful and they wanted to film me! 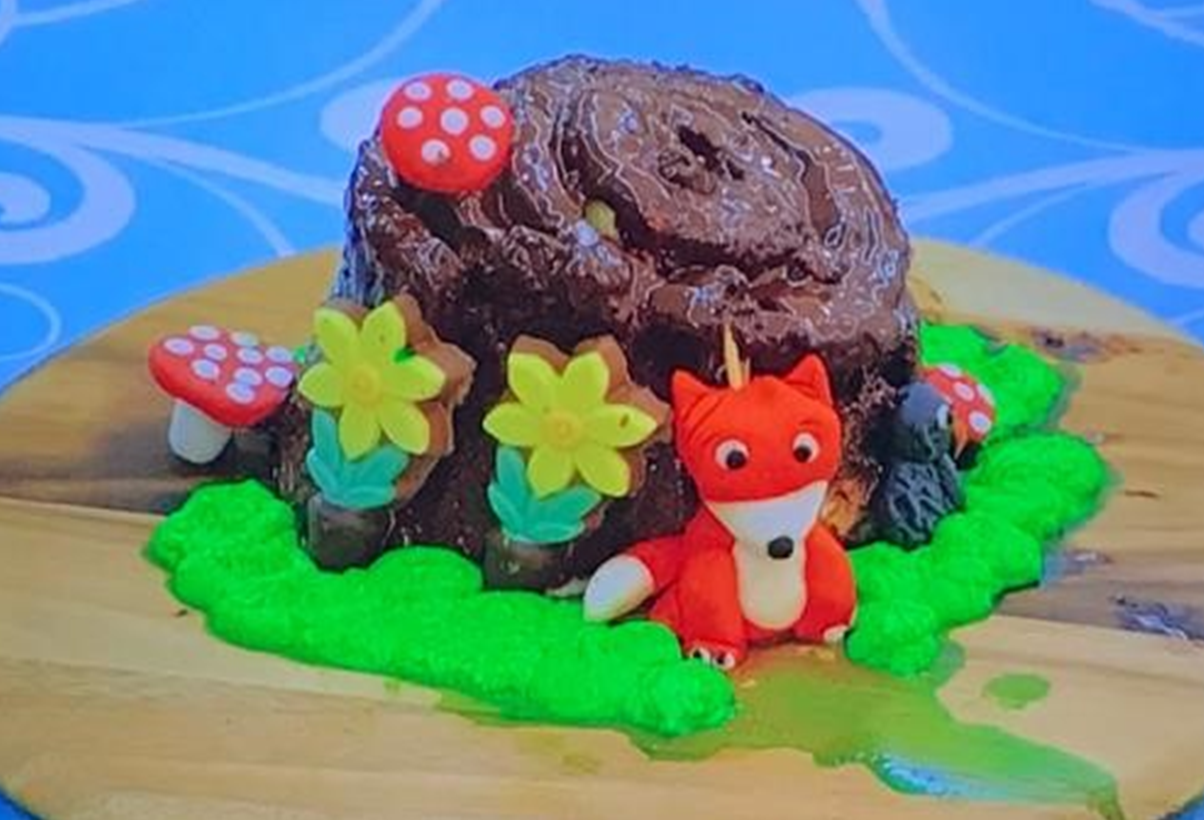 How much practice did you have?

ET:  I practiced a lot at home once I knew I was going on, but we couldn't practice on site.

Are you told the baking themes in advance?

ET:  Yes we are told the show stoppers so that we could practice them before we arrived, but not the technical bake.

Did they teach you any good baking tips when you weren’t filming?

ET: Rav the lady presenter helped me with the caramel as mine kept burning, she gave me a few tips, but she wasn’t supposed to!

ET: The presenters were really nice but Harry Hill’s jokes were bizarre and came at the busiest times! 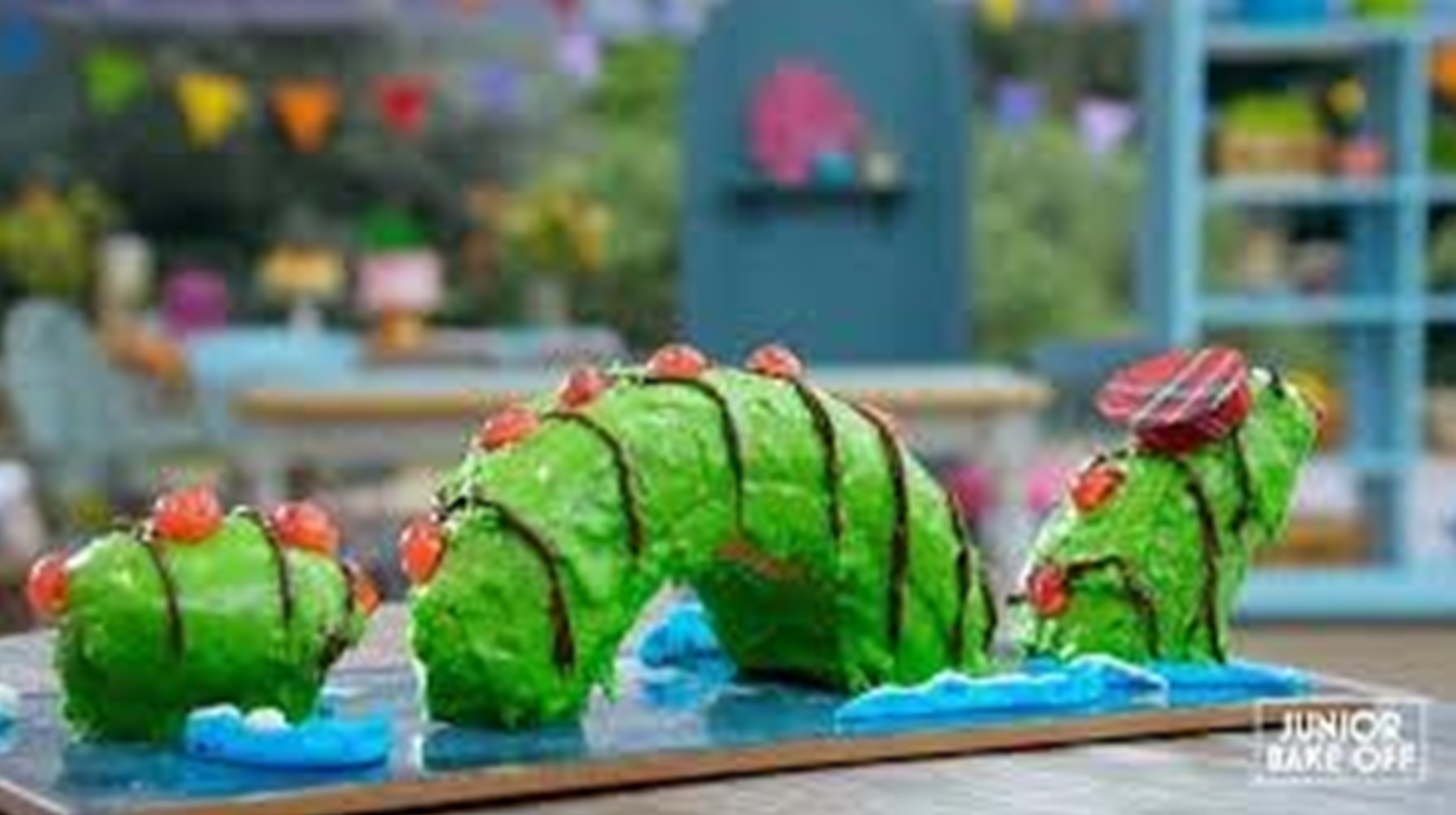 What inspired you to start baking

ET:  As I’m a triplet, my Mum baked with us when we were younger to keep us entertained.  She used to let us break eggs into flour and mix it and then she’d bake it.  However, she would also make the real cake and then show this to us as if it was what we cooked whilst our cake quietly disappeared without us knowing about it!  My Dad is a really good cook too, so I’ve learned a lot about cooking savoury dishes from him.

Do you prefer baking sweet or savoury?

ET:  Definitely sweet at you can experiment more with the flavours.

What is your favourite cake flavour?

What’s your most favourite cake that you’ve ever made?

ET: It was a strawberry and cream cake – the family really enjoyed it too!

Erin will be joining Ms Mason on Wednesday’s as part of Mason’s Missions to carry out a cooking demonstration.  Keep an eye out on the Enrichment Calendar for further details.